Every year an estimated eighteen million babies are born prematurely, and over one million babies worldwide die from complications related to pre-term birth. Pre-term birth, defined by the World Health Organization as babies born before 37 weeks, is in fact the leading cause of death in children under five, accounting for 18% of these deaths- that’s more than malaria, diarrhoea and measles.

Today is World Prematurity Day, a moment to bring attention to these shocking facts and raise awareness of the ways in which we can take action to prevent babies from being born too soon. As well as the deaths, disability and ill health which result from premature births. Preventing pre-term births can radically improve health outcomes for both mothers and children.

Unless we do something to reduce the rates of premature birth, we will not meet the Global Goal, endorsed by 193 countries, to end all preventable new-born and child deaths by 2030.

To reduce the rates of pre-term births we need to understand the causes of prematurity, which are not only medical, but social, and grounded in deep rooted gender inequalities.

Getting to the root of the issue

Girls and women around the world still have less power and less resources than men, and lack the autonomy to make decisions about if and when they have children. For example, far too many women and girls cannot prevent unwanted pregnancies because they simply do not have sufficient information about, or access to, contraception.

Family planning and contraception help girls and women avoid the risks associated with premature births such as teenage pregnancy, gaps between pregnancies of less than six months, and pregnancy at an advanced maternal age. Being able to choose if and when to have children is a human right and a major step towards improving sexual and reproductive health, and preventing premature births. 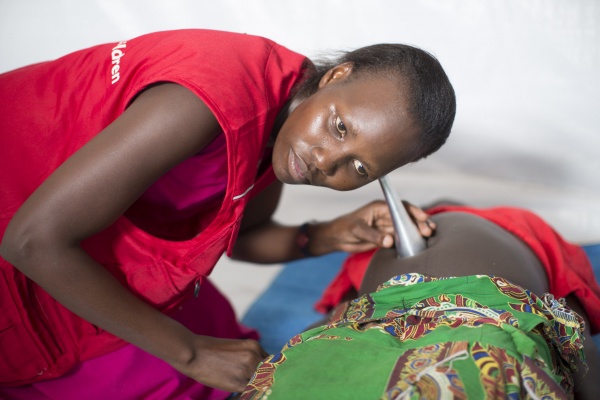 Born On Time is a public-private partnership that brings together expertise and resources from Save the Children, World Vision, Plan International Canada, the Government of Canada and Johnson & Johnson. We are working in Mali, Ethiopia and Bangladesh to help reduce pre-term births by tackling the root causes of prematurity. In Mali , Save the Children is working with local partners to raise awareness of these risks and take practical steps to prevent pre-term births.

The power to choose

Some of our primary work consists of working with communities to address the gender inequalities that prevent girls and women from having control over their pregnancies and childbirth. In Mali, only 12.3% of the women we surveyed use a modern contraceptive method. In many cases adolescent girls and women do not have the power to make decisions about family planning. Their husbands decide whether they can use contraception, and in most cases they believe it is “up to God” if they become pregnant and have children.

Women who chose to use contraception are often stigmatised and considered “women who love sex too much”.

In addition to the lack of power to make decisions, many women do not know what the major methods of contraception are. Common myths persist about contraception, such as that they will make women bleed or they will become sick from using them. All of this heavily disempowers women and girls, taking away their right to choose if and when they have children.

Men and boys play a role

Increasing access to contraception is also about making men and boys aware of the risks of unwanted pregnancies, and sharing the decision making responsibility with their wives. Women and men must share equally in decisions about if and when to have children, and understand the importance of choosing the right moment for pregnancy, to protect the health and wellbeing of mothers and their children.

One of Born on Time’s key goals is to empower girls and women to make choices about pregnancy, and to give them access to the information and resources they need for family planning. We know that we can reduce the levels of pre-term births, and the subsequent deaths, disability and illness. It doesn’t take much. Small, simple interventions could change the lives of millions. But we need to be determined to ensure that all girls and boys, women and men, have the power and resources to decide equally and together if and when they will have children.